We Deserve A Better Liberia

Text of Response Letter Of The Political Leader of ANC-Liberia Mr. Alexander B. Cummings Jr. to Organizers of Liberia’s Economic Summit

Reference: Invitation as a Panelist at Liberia’s National Economic Dialogue

Dear Dr. McIntosh:
I write acknowledging receipt of your communication dated August 15, 2019 and received on August 19, 2019 at the Headquarters of the Alternative National Congress (ANC) in Monrovia.

Although on short notice, I want to thank you for inviting me as a panelist at the upcoming National Economic Dialogue, to share my thoughts on restoring economic growth and prosperity in Liberia. While I believe this is a good opportunity to sit with other knowledgeable and informed individuals to discuss such important matters, I regret to inform you that I will not be in country between September 4-6, 2019, the time slated for this dialogue due to prior commitments.

Nevertheless, I thought it was important to share with you my written thoughts representing some feasible short and medium-term policy prescriptions; strategies, programs and a roadmap aimed at enhancing speedy economic recovery and sustained economic growth in Liberia.

Before I do, I wish to bring to your attention that in an acutely dire situation like this, these discussions should be premised on inviting experts to discuss the problems and doing root cause analyses of the many issues hindering economic growth and prosperity. This is because proffering recommendations to the challenges without first diagnosing those challenges, could result in the wrong policy prescriptions. However, I recognize and appreciate the expertise you bring to the table as Chairman and it is my hope that the desired outcomes of this dialogue, are realized.

Having said that, here are my thoughts for consideration:
I.         A Predictable environment is critical to attract investment.
Recommendation: The Government of Liberia (GOL) should work on restoring lost confidence in our economy by addressing the wave of violence in the country, properly account for financial improprieties under its watch and hire competent Liberians with the highest level of integrity and experience. This is our own Great Depression! Franklin D. Roosevelt formed the FDR Brain Trust to end the American economic disaster of the 1930s. Liberia needs its own brain trust of highly competent professionals to help rejuvenate our economy.

II.        Rule of Law and Accountability; lack of which serve as constraints to economic recovery
Recommendation: The Executive branch of government needs to avoid interference (whether perceived or real) with the Judiciary branch, so as to restore investors’ confidence in our legal system. More importantly, the other branches need to respect and uphold the independence of the judiciary to include its financial autonomy. The delay or lack of payment of the salaries of judges and judicial officers has the propensity to undermine the rule of law.
Accountability – The president and his officials should make PUBLIC their assets, in the interest of transparency and accountability as it serves as a strong indicator of government’s commitment to its fight against rampant corruption and abuse in the public sector. Doing this will also help restore confidence in the system.

Recommendation: The Government of Liberia (GoL) MUST put the full weight of public policy behind the development of new economic growth sectors—Cocoa, Cassava, Marine fisheries as examples. By doing so, we can expand production, processing and marketing of cocoa, cassava and fisheries for domestic trade and global export. This will create productive economic livelihood for over thousands of Liberians in 2 to 3 years. Liberia’s participation in the global cocoa, cassava and fishery trade will attract millions of dollars in foreign exchange.

Key notation: Ghana makes Two (2) Billion United States Dollars (USD) annually from global cocoa trade. Nigeria made some Thirteen (13) billion USD from cassava trade in 2018. Global cassava trade is worth some 64 billion dollars per year. China imports two third of the global supply of cassava. We need to condition Liberia in ways that allows the country to benefit from the sustainable global demand for the aforementioned agriculture commodities.

IV. Develop an investment-financing model to create a funding pipeline for farmers in the cocoa and cassava industry.

Recommendation: The Government of Liberia should support the formulation of a commercial agriculture credit facility and strengthen public policy which will allow Liberia to meet export certification requirement to participate in the agriculture export trade.

Recommendation: Realign the budget to increase allocation to Agriculture. Additional allocation must be specified to financing the scaling up of the production of rice, vegetables fruits and food processing for our domestic market. In doing that, you will reduce the need for United States Dollars.

VI. Use tourism as a revenue and job creation outlet
Analysis and Recommendation: Invest in Liberia’s huge and potentially viable tourism sector and support the National Investment Commission to develop and implement an investment and tourism promotion strategy. Tourism has contributed more than 5% of global Gross Domestic Product and has created more than 180 million jobs globally. In 2018, contribution of travel to GDP (% of GDP) for Sierra Leone was 2.4 % according to the World Bank and is expected to increase in 2019. Liberia, on the other hand, has not harnessed the potential provided by this reliable frontier for job growth and budget allocations for the fiscal years 2018/2019 and 2019/2020 have not demonstrated real commitment to capturing this opportunity

Key Notation: We need strong investment in the tourism subsector and the current meager allocation is no demonstration of commitment.

VII. Relentlessly deal with the energy crisis.
Analysis: The lack of electricity has been identified as one of the binding constraints inhibiting economic growth in Liberia. Liberia has one of the lowest electricity access rates in the world with many studies indicating that only about 8 percent of households are connected to the national grid and less than 7 percent of the population in Monrovia has regular access to electricity. Average tariff, too, is about $0.35/kWh, which is one the highest tariffs in the world. When compared to many other countries, Liberians pay over $0.25/kWh. This is of course a disincentive to new investments and survival of existing ones.
Recommendation: The Government of Liberia must deal with the transmission and distribution issues to migrate power from generation to homes and businesses. We cannot be producing a commodity that everyone wants but cannot supply because of government’s inefficiencies. We are losing out on millions. There is a need to relentlessly address increasing generation and the transmission and distribution issues in our energy sector and remove all bottlenecks within the system.

Recommendation: Identify Liberian-owned and operated businesses that are struggling to survive in this failing economy and work with them to link them to valuable partnerships and financing to help them survive and scale up. By doing so, you do not only strengthen them but also help to create and maintain jobs.
IX. Reduce Taxes as a means of appreciating purchasing power and minimizing tax evasion.

Analysis and recommendation: Reducing taxes is key to spurring further economic growth since it provides an outlet through which people have more after-tax income (increasing their spending power) and provides greater incentives for firms to invest more in the country.

For many of our civil servants, lower taxes will provide the opportunity to take home more income and help offset the growing inflation rate.

Additionally, because taxes are aligned to better collection in order to be effective, higher taxes encourage tax evasion and reduced tax revenue.

In addition to this non-exhaustive list of recommendations that will yield results in the medium term, I thought it important to also share some short-term ones.

They include, but not limited to the following:
* Fund the LRA to improve tax administration, especially in the area of e-taxation.
* Address the exchange rate disparity between Wholesalers and Retailers
* Lower the cost of importation of goods and give tax breaks/holidays on select items.
* Enforce real property taxation
* Ensure all requirements for logging are met during the rainy season to allow operations to begin at the start of the dry season. This will bring in urgent revenue
* Eliminate or reduce all non-essential spending to fund short term growth activities.
* Immediately investigate all alleged cases of corruption and financial improprieties and forward persons of interest for prosecution.

I hope you find these recommendations useful.

I would have loved to be present, but as noted earlier, prior commitments prevent me from doing so.

I remain committed to our country and finding solutions to our challenges. In the future, I hope I can be accorded sufficient notice to enable me the opportunity to adjust my schedule to personally participate.

I wish you all a productive dialogue and I hope that action items emanating from it will be followed thru and implemented for the benefit of our people.

The African Methodist Episcopal University (AMEU) has decided to name its graduate school in honor of the Political Leader of the Alternative National Congress, Mr. Alexander Benedict Cummings. In a letter to Mr. Cummings, the President of AMEU, Dr. Joseph T. Isaac (PhD), stated “I am delighted to inform you that in recognition of your ongoing financial support of our Graduate School, and our existing partnership with the Cummings Africa Foundation, the University has decided to honor you.” The university’s graduate school shall be named “Alexander B. Cummings School of Graduate Studies.” In addition to this honor, the AME Church-run University says it has also selected the Cummings Africa Foundation as its “2019 Partner of the Year.”

Cummings Rallies in Support of June 7th Save the State Protest

Thursday June 7th #SavetheState protest became more successful with the full participation of the partisans of the Alternative National Congress (ANC), who were led by their Political Leader, Mr. Alexander B. Cummings.Though not a part of the structure of the Council of Patriots (COP), the group of Liberians who organized and called the shots for the protest, Mr. Cummings and his ANC folks said they could not sit back idly and watch Liberia descend further in the abyss of desolation. Also, most of the concerns raised by the COP, resonate with the opposition political party.

Cummings, who retained his position as Political Leader, expressed gratitude to all ANC’s partisans for entrusting him with the leadership of the party. He assured the partisans that he will do everything in his capacity to walk the party to victory in 2023 as the ANC is the Alternative Liberia Deserves. Mr. Cummings underlined several key policy ideas that would pave the road to political power and allow the party to transform the nation into a land of opportunity for all Liberians, a country where no woman should die giving birth to a child nor any person to die of preventable disease for lack of medication. The ANC leader also made several policy proposals which could help the current administration to alleviate the current economic difficulties faced by the people of Liberia. Among other measures, Mr. Cummings called for an end to the massive looting and stealing of state wealth by leaders of the President George Weah-led administration. 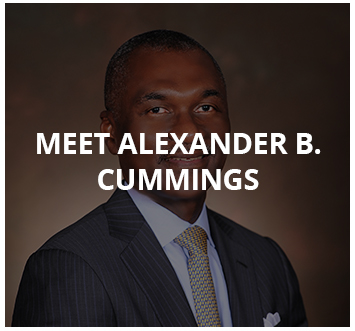 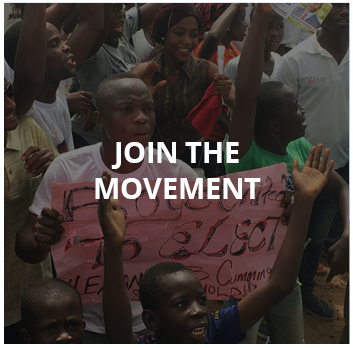 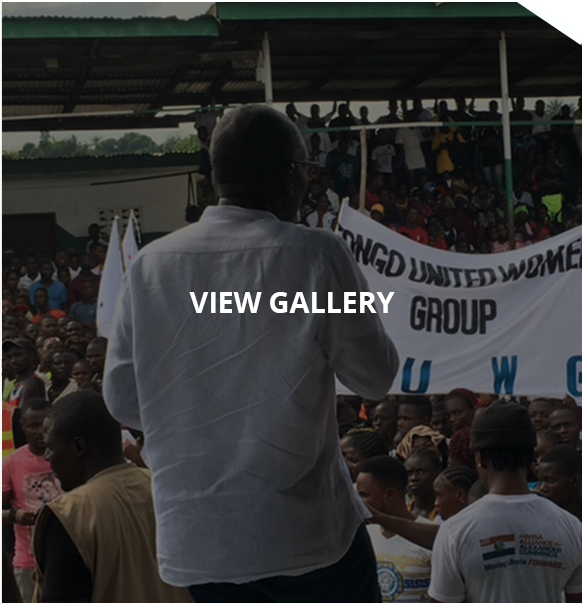 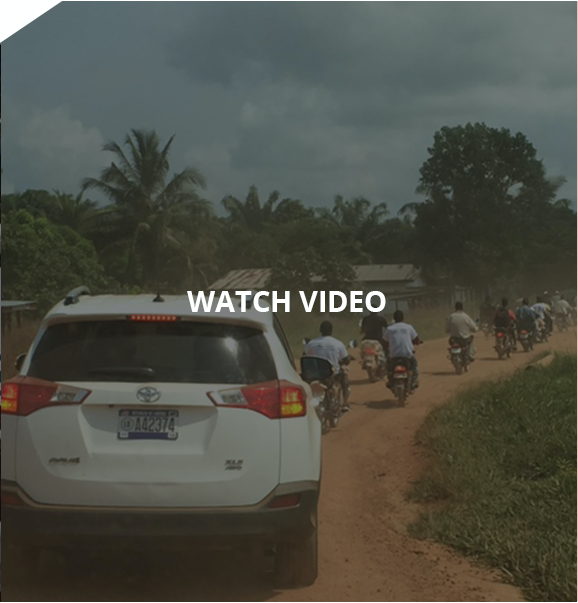